Learn How to Prepare for Sentencing

You are here: Home / Sentence Mitigation / Learn How to Prepare for Sentencing

If prosecutors have indicted you, you must learn how to prepare for sentencing. Statistics show a 99% chance that a judge will sentence a defendant. Do you know how to prepare before the sentence? 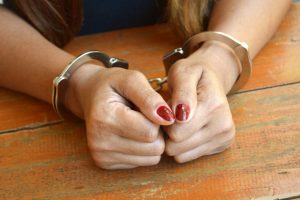 We teach and prepare people for sentencing. Take deliberate steps to get the best possible outcome. The first step: learn how the sentencing process works. There are two pathways to a sentencing hearing. One pathway is for a jury or judge to convict you of a crime. The second pathway is through a plea agreement. Both paths lead to a criminal conviction. A judge will then set a date to sentence the defendant. Some people leave the sentencing process in the hands of the lawyer. They allow a defense attorney to make all the decisions. At Prison Professors, we advise our clients to take a more active approach. Start soon. Prepare long before a judge sentences you. Learn how you can get the best possible outcome. The best outcome at sentencing starts with knowledge. The more you know, the more you can learn how to prepare for sentencing.

After a conviction, the judge will order a Presentence Investigation. A probation officer oversees this process. The process results in a written report. The judicial system typically refers to the report as the PSR. People that work in the prison system refer to this report as the PSI. Stakeholders refer to the same report as either the PSI or PSR. The presentence investigation report influences the sentencing hearing. Other articles in this series provide insight on the PSR. Learn how to prepare for the PSR. This report influences the sentence and everything that follows. Lawyers may focus on court proceedings and sentencing. Yet anyone convicted of a crime should know more. What relevance does the PSR have following the sentencing hearing? The report will influence the following proceedings:

Some defense lawyers fail to prepare clients for the PSI report. Lawyers focus on court and sentencing. Then they move on. They may not realize how the PSI influences life in prison. Defendants should learn everything there is to know about the PSI. Take appropriate steps to get the best possible outcome. Through our blog articles, we publish content to describe sentencing preparation. We publish videos on our YouTube channel. People charged with crimes should learn more before sentencing. They can influence the journey ahead. At Prison Professor, our team can provide one-on-one consulting services, too.

The probation officer drafts the PSR report. Both the prosecutor and the defense attorney can review the PSR. They can object and request revisions. The PSR will calculate the appropriate sentencing range. In the feds, the range complies with the federal sentencing guidelines. State sentencing systems use a framework for judges to consider at sentencing, too. The federal sentencing guidelines are advisory. They’re not mandatory. Still, federal judges typically use the guidelines as a starting point. Defendants should learn about the guidelines. The more defendants know, the better they can prepare to influence the sentence. It’s impossible to change the past. We can sow seeds to build a better future. Start to prepare by reading guidelines. Read about sentencing decisions in different venues. If you can’t prepare, then hire someone to guide you. It’s obvious that a judge will consider the crime. A judge will also take the conduct of the offender into account. Title 18 of the US Code, section 3553, describes sentencing procedures. A federal judge considers the following factors:

How can a person use the factors above to prepare for sentencing? Think creatively. To the extent that a person anticipates those factors, he sows seeds. Those seeds can influence a better outcome. The sentencing hearing will result in the judge making a ruling. That ruling may include time in prison. It may include a monetary fine or restitution order. It may include probation. It may include a term of Supervised Release. Learn the facts. The American Bar Association provides some guidance. About 97% of all people charged in federal court plead guilty. Of those who go to trial, 25% prevail. Juries find 75% of people that go to trial guilty. When the feds charge a person with a crime, a sentencing hearing will follow. That happens 99% of the time. More than 85% of those people will serve time in federal prison. Consider those statistics. Prepare for sentencing wisely. Every defendant (and the defendant’s family) should learn. Research. Ask questions. Learn as much as possible. Learn before the sentencing hearing. Take initiative if your attorney isn’t preparing you for sentencing. You can hire a guide to help you. Or you can research and learn and prepare for sentencing. At Prison Professors, we publish blogs and articles regularly. We also provide one-on-one consulting to assist clients. Our service restores confidence for our clients. Contact us today. We can help you prepare for sentencing and all that follows.

Prison Professors Can Help You:

Sign up for our workshop and learn how to advocate for yourself or your loved one.

More Posts from this Category

Our mitigation experts will help you engineer a strategy for success. Money-back guarantee.