You are here: Home / Resilience / Why Prison Professors?

I’m often asked why I co-founded a company called Prison Professors L.L.C. and further asked what the company does. I intend to answer both those questions in this post.

We wanted to encourage those in prison and out to think about social entrepreneurship as a way to find stability and a way out of the thousands of collateral consequences keeping the formerly incarcerated locked out of certain professions. We also wanted a platform to share free information with those in federal prison and their families, which is why we do podcasts, blog posts, and prison reviews to place information into the public sphere where the community can find it. And we wanted to own a company that hires the formerly incarcerated.

Our main business is sentencing mitigation and prison consulting for white-collar defendants in federal court. 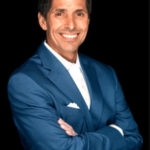 We come alongside defense attorneys and assist with issues involving sentencing and the Federal Bureau of Prisons. We help prepare defendants for the Presentence Investigation Report process, assist with sentencing narratives, create sentencing videos, and help generate the best possible character reference letters.

We also advise people on what to do before they report to prison, how to serve time without becoming entangled in the worst aspects of the American prison system, and explain how to benefit from programs inside the federal prison system, such as RDAP (“Residential Drug Abuse Program”) or the First Step Act’s earned time provisions.

Of course, we work with criminal defense lawyers to obtain the best possible sentencing outcome for our clients. But our focus is also broader than defense counsel. We are concerned about the day after sentencing, the day someone begins their incarceration, and the day that person is released. We stay in contact with many of our clients years after our initial sentencing work with them.

Justin Paperny runs the day-to-day operations; I rarely speak with our clients. Justin and our prison consultants do the majority of the work.

Like any growing company, Prison Professors has evolved. We had initially planned to create rehabilitation programs for correctional facilities because Michael had already created a rehabilitation program—the Straight-A Guide—that is evidence-based and more successful than many other programs. Michael had already sold his program to the California Department of Corrections, and he had been asked to create several more programs for wardens in the Federal Bureau of Prisons. 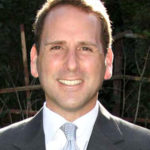 But we ended that service when I began to advocate for the First Step Act because we didn’t want anyone to think my advocacy had a profit motive behind it.

We are also proud to have many formerly incarcerated on our team as federal prison consultants, including Jennifer Myers, Joshua Boyer, and Ingrid Okun.

Prison Professors was always conceived with the idea that it would be led by formerly incarcerated employing other former incarcerated. We will continue to pursue that mission as we move through 2019 and beyond.

Prison Professors Can Help You:

Sample our introductory course to learn how we can help improve outcomes for people in your facility.

Download brochure we built for teachers and administrators in jails, prisons, and schools.