Justin Paperny, and Michael Santos are co-founders of Prison Professors. We help people prepare for best outcomes after they’ve been charged with a crime. 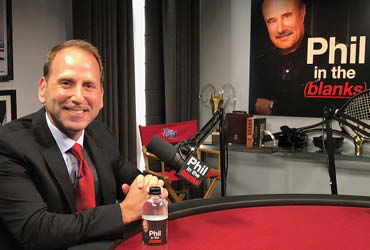 Justin Paperny graduated from the University of Southern California in 1997. Then he built his career as a successful stockbroker. His practice at notable firms—that included Merrill Lynch, Bear Stearns, and UBS—specialized in representing professional athletes and hedge funds. Some bad decisions led Justin into problems with the criminal justice system, including a felony conviction for violating securities laws. A federal judge sentenced Justin to serve an 18-month prison term. In federal prison, he grew determined to make amends, not through talk, but through daily, incremental action. Believing others could benefit from his experience, he began documenting his journey through a daily blog and through his book, Lessons From Prison.

Justin concluded his obligation to the Federal Bureau of Prisons in 2009. Preparations that he made while serving his sentence empowered Justin to build a thriving career, despite the loss of his licenses to sell securities and real estate. While incarcerated, Justin prepared. He worked alongside Michael Santos to develop lessons that others can use to prepare for success through struggle. Those lessons became the foundation for WhiteCollarAdvice, and they’re available through our website.

As a result of preparations that Justin Paperny made in prison, income opportunities opened for him upon his release. He lectured in universities across the United States. He published his second book, Ethics in Motion. Justin became a nationally recognized public speaker for corporate America. He did work with the Federal Bureau of Investigation, including lecturing at The FBI Academy in Quantico, VA. Justin has guided countless others who were about to embark upon their own journey through the challenges that accompany criminal charges.

Justin’s story has been featured on many national news stations, including ABC, CNBC, Forbes, Fox, The Hollywood Reporter and others. In June 2015, NBC Universal aired “My Deal With the Devil, a 60-minute television show about Justin’s story.