Our calculator shows how the Bureau of Prisons will score you during your custody and security classification hearings. 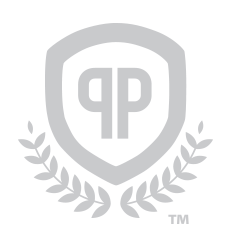 In a lesson 4, we cover the custody and classification systems. That lesson provides insight with regard to how administrators within the Bureau of Prisons classify an offender. The custody and classification system determines the type of facility where an offender will serve the sentence. This lesson provides more insight into security levels. All individuals who anticipate a journey through prison should learn how their decisions can influence whether they serve time in a prison of minimum security, or not.

Many people who lack experience with the BOP classification system have a misconception about white-collar offenses. Some mistakenly believe that individuals who were convicted of such offenses will serve the entire sentence inside of a minimum-security federal prison camp. At Prison Professor, our experienced consultants elaborate on those half-truths. Of course, our experts are available to assist clients who want to maximize their prospects for serving time in a minimum-security camp. Nevertheless, they teach the realities of federal prison, reminding clients that judges sentence individuals to the custody of the Attorney General. As such, many factors influence where the individual will serve the sentence. The “type” of offense represents one determinant, but other factors will also play into the decision. The more individuals understand, the better they can position themselves to respond if administrators try to them into the wrong security level.

In Earning Freedom: Conquering a 45-Year Prison Term, Michael Santos wrote about his experience of serving time in every security level. He did not have a history of violence or previous incarceration, but the length of his sentence necessitated that he began serving time inside of a high-security penitentiary. After several years, he transitioned to lower security levels, including medium-security, low-security, minimum-security, and a residential release center for the final year of his sentence. That book shows how his expertise the prison system allowed him to transition to prisons with decreasing security levels. Those prisons had the benefit of lower-volatility levels, fewer restrictions, and increasing liberties. Accordingly, Michael wrote how his progress increased. Further, family members appreciated that the lower levels of intensity that they experienced when visiting Michael.

Since security levels play an essential role in the life of anyone experiencing the prison system, we want our clients to understand how they operate and we also want them to understand how their decisions can influence their placement within the prison system. In the following sections, we offer a few “Case-in-Point” descriptions that provide a glimpse of some white-collar offenders serving time in higher security facilities.

In the Bureau of Prisons, each institution falls into one of five different security levels. Individuals who anticipate that they may experience time inside should have a basic understanding of each. The different levels include:

There are some minor variations within each security level. For example, some of those security levels may include sub-categories, such as a “Satellite low” or a “Special Management Unit” or a “Special Offender” yard, but the levels above provide a basic understanding of the different categories. According to the Bureau of Prisons website, less than 18% of the total prison population serves time inside of a minimum-security camp. The main criteria for serving time inside of a minimum-security camp includes the following:

When considering the entire federal prison population of more than 200,000 offenders, more than 18% of the people would meet such criteria. So why doesn’t a greater percentage of the entire federal prison population serve their sentence inside minimum-security camps? Our consultants at Prison Professor have many answers to that question. In fact, we could write volumes on the subject matter. Yet rather make this lesson too dense with too many explanations, we want to provide clients with a broad perspective. More importantly, we want to provide suggestions that readers may consider as they strive to build a record that would ensure they serve their sentence in the best possible environment; ordinarily, that means the lowest-possible security level.

To begin let’s provide some insight into each security level.

Administrative-level facilities hold prisoners from any security level. In other words, people who’ve been convicted of murder will serve time alongside people who were convicted of defrauding a client through an eBay transaction. As a consequence of the diverse group of people inside Administrative-level institutions, authorities impose strict controls and restrictions. Authorities generally hold people in those facilities for specific reasons that include:

Most prisoners serve the majority of their sentences in institutions that have one of the following security-level classifications: minimum, low, medium, or high. Frequently, authorities transfer an individual from one security level to another for reasons that we’ll explain later in this lesson. At the same time, individuals can serve many years, or decades in a single security level, or even a single institution. Other than in Administrative-level institutions, authorities will have classified individuals in each respective prison with similar classification levels.

Seven factors determine an institution’s security level. They include:

Obviously, as security levels increase, liberties and restrictions decrease. The most secure federal prison in the United States is the Administrative-maximum security prison (ADX) at the Federal Correctional Complex in Florence, Colorado. Prisoners confined in that institution have very little contact with others. Similarly, the BOP operates a few Special Management Units (SMUs), which are located within United States Penitentiaries. If an individual is sent to the ADX or an SMU, it’s because authorities have deemed that individual as being predacious, or incapable of functioning in a more open prison environment.

At Prison Professors, we don’t expect any of our clients will serve time in an ADX or in an SMU, so we won’t write too much time on those types of institutions. Nor do we expect that many of our clients will spend time in high-security penitentiaries, known as USPs. Michael Santos served time in every type of facility, so if readers have specific questions about those facilities, they may make a request through Prison Professor. Our nation’s movement toward severe sentencing laws for financial crimes requires that we devote time discussing USPs. To validate the need for such information, our prison consultants remind clients about the case of Robert Allen Stanford, federal inmate number 35017-183.

Robert Allen Stanford was a prominent financier. Prior to the financial crisis of 2009, Robert frequently appeared as a spokesperson on CNBC, as he used to be the CEO and Chairman of Stanford Financial Group. His background included a small business. Then he ventured into real estate speculations in Houston that led to his earning his first fortune. Robert then moved to the Caribbean where he began to increase his fortune with offshore banking. Popular magazines like Vanity Fair described Stanford as a one-time billionaire; in 2008, Forbes ranked Stanford as the 205th richest American, with a net worth of $2.2 billion. Prior to Stanford’s troubles with the government, he traveled in elite circles.

Yet when the financial crisis hit, people tried to redeem their Certificates of Deposits that Stanford’s offshore bank had issued. When the bank began to default, authorities went after Stanford. Rather than accepting responsibility or expressing remorse, Stanford used his fame to lambast government officials and agencies.

Despite his public proclamations of innocence, a jury convicted Stanford. He described himself as being the victim of government “Gestapo tactics. And as a consequence of the enormous amount of financial loss, Stanford’s judge sentenced him to serve a lengthy prison term. Further, since the judge did not appreciate Stanford’s lack of remorse, the sentencing judge recommended that the Bureau of Prisons confine Stanford in a high-security, United States Penitentiary. Authorities sent him to USP Coleman.

Stanford is not the only individual serving time in a high-security United States Penitentiary who was convicted of mail fraud, wire fraud, and other types of white-collar crimes. At Prison Professor, our consultants work with clients to prepare them in ways that will minimize the possibility of their being sentenced egregiously. Although no one can change the past, our consultants help our clients avoid the type of reckless behavior that exacerbated troubles for Robert Allen Stanford. As a consequence of his ignorance, he serves his sentence in a high-security, United States Penitentiary, making his life much more difficult than necessary.

Tom Petters was Chairman and CEO of Petters Group Worldwide until he was convicted of several white-collar fraud convictions. Despite repeated pleas of his innocence, a judge sentenced him to serve a lengthy prison term. Appellate courts affirmed his conviction and sentence. Despite his white-collar conviction, his lack of violence, lack of incarceration or escape attempts, Bureau of Prisons officials designated Petters to serve his sentence inside of a medium-security prison in Leavenworth, Kansas.

Marc Dreier was a lawyer with a prominent practice in Manhattan. He earned his undergraduate degree from Yale and his professional degree from Harvard Law School. Despite an impressive string of positions with some of the nation’s top law firms, Dreier began to engage in fraud, stealing money from his clients. He was arrested. After findings of guilty, a judge sentenced Dreier to a 20-year term. Authorities sent Dreier to serve his sentence in a low-security prison.

Jeff was a medical doctor. He surrendered to serve a 30-month sentence in a federal prison camp for a conviction related to healthcare fraud. During his first month in prison, Jeff made friends with another inmate and they began to exercise together. Each person in the prison is authorized up to 300 minutes of telephone access. When Jeff told his new friend that he had used up all of his phone time, Jeff’s new friend offered to let Jeff use a cellphone. Rules do not allow in prison, but prisoners frequently smuggle them into minimum-security camps. A routine shakedown resulted in guard’s finding the contraband cellphone. Although the cellphone was held in a common area, the guards were able to track the last numbers called by the cellphone. That tracing of phone numbers led the guards to Jeff and his friend; the guards could match the last numbers called with the phone numbers on Jeff and his friend’s approved phone list. As a consequence, authorities charged both Jeff and his friend with a greatest-severity disciplinary infraction. The sanction included a transfer to a higher-security prison and loss of telephone access for one year.